NSTIR has notified the Community Liaison Committee that the detour will open once again similar to as it was in the summer of 2014. 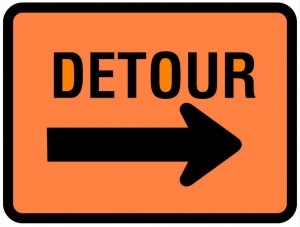 Improvements have been made to the road, including increasing the banking of the East Curve so it is higher on the outside of the curve than on the inside.

NSTIR has undertaken several actions in order to increase safety. The 60 km/hr speed zone will be extended further west, and Portable Message Boards will be present, with a high-visibility message saying: Sharp Curve, Drive with Care. Speed radar signs will also be on place to advise motorists of their speed as they approach the curves.

There will also be new Chevron Signs and curve warning signs for the Eastern Curve.

NSTIR has also stated that work related to the detour will be done at night to avoid long traffic delays.